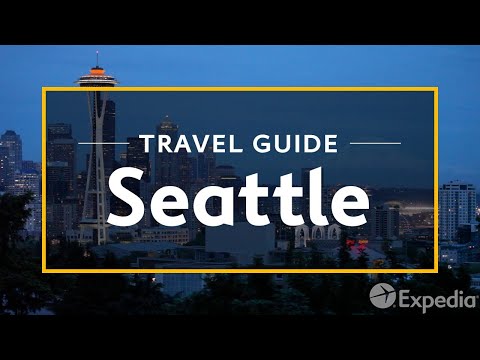 Seattle is about 100 miles south of the Canadian border on the West Coast of the United States. It is a lush, evergreen city lying between Puget Sound and Lake Washington with abundant parklands, and surrounded by towering mountains and forests. Widely known for its overcast weather, when the sun does come out, the spectacular beauty of the waterways, forests and distant mountains combine to make Seattle one of the most stunning cities in the US. Classic architecture, leafy public squares and wide breezy streets make exploring Downtown Seattle a fun experience. For great views of the city visit the observation deck on the 35th floor of Smith Tower, or see some of Seattle’s oldest buildings in nearby Pioneer Square. A distinctive feature of Downtown is the Seattle Waterfront, which is famous for eateries and seafood restaurants, as well as being a launching point for pleasure craft cruising the Sound. Ferries depart regularly so jump aboard to get a unique view of the city.

Container ships and cruise liners also share these waterways and the busy harbor is a constant reminder of Seattle’s maritime heritage. Alki Beach in West Seattle is a great spot to enjoy the warmer weather. On sunny days many locals enjoy the miles of shorefront beaches, relaxed parklands, and spectacular views of Puget Sound and the Olympic Mountains. Back in Downtown it’s just a short but steep climb from the Waterfront to the lively Pike Place Market. Here you can sample some of the freshest catches from the waters of the Pacific Northwest, and also chat to local producers who harvest and sell the goods on display. The market has many bars and eateries, stalls and souvenir shops as well as America’s first Starbucks store. Wherever you go in Seattle you’re never far from the water. Puget Sound is to the west, Lake Washington is to the east, and to the north is Lake Union, whose eye-catching floating homes were made famous in the movie ‘Sleepless in Seattle.’ Further to the north, the popular Woodland Park Zoo is home to more than a thousand animals and birds in habitats ranging from the African savanna to tropical forests.

Located at Boeing Field, about 15 minutes’ drive from downtown, is the Seattle Museum of Flight. This amazing museum displays air- and spacecraft from the earliest Wright Brothers flyer to modern jets. For the most famous views of Seattle head over to Kerry Park on the south side of Queen Anne Hill. The park is not far from the Seattle Center so it’s the perfect spot to see the famous Space Needle in all its glory, especially when the sun goes down. The city has been home to many world-famous bands and there’s no shortage of live music in Seattle, as well as bars and nightclubs partying well into the early hours.

The Seattle Center is home to the Pacific Science Center and the popular International Fountain, as well as Seattle’s most recognized landmark, the Space Needle. From the 520-foot-high observation deck you’ll have superb views of the city and if the weather is clear you can see all the way out to Mount Rainier. On a clear day the snow-covered peak dominates the Seattle skyline and it can be seen from all parts of the city. The Mount Rainier National Park has hundreds of miles of hiking trails that lead through a variety of different landscapes. The ancient Grove of Patriarchs is home to giants up to 1000 years old and the raised boardwalk makes it one of the easiest walks in the park. If you don’t feel like walking there are several scenic drives, including one that encircles the mountain itself.

Mount Rainier is not the only natural wonder close by, and Olympic National Park is just a few hours’ drive west of the city. Here, the hauntingly beautiful Hoh Rainforest is like entering another world where moss and lichens grow on every surface. Further to the west, Ruby Beach is possibly Washington State’s most scenic beach, with rocky sea stacks just off the coast and a shore strewn with driftwood. One of North America’s most beautiful cities, Seattle has a perpetually optimistic outlook. Whether you’re exploring the countryside or in the heart of downtown, what makes Seattle so special is the incredible variety of experiences you’ll find in the Emerald City� .